To buy the tape includes a bonus track: ozky e-sound Tape for sale

(Headphones reccomended for a full listening experience) RES is constructed upon psychological associations and abstracted elements of contexts of life progressively shaping the disquitness of the world of both artists and evolves starting from their personal emotions to larger ones. RES is not a conventional sound/poetry release where the music and the poetry are two different elements that accompany each other, instead the verbal and the sonic elements have been constructed as a single entity of expression through generative sound-design. Audio recordings of Jonida’s voice reciting her verses were translated in MIDI data and implemented in real-time in various Vsti synthesizers triggering them to play their respective sounds sincronized with her vocal pitch, tempo, etc. Each sound was then furtherly synthesized in multiple approaches to create different textures originally started from the same organic material but in non-parallel evolvement patterns. The final result is an intrinsic combination between Jonida’s natural voice and the electronic/electroacoustic sounds originally triggered by it.

Ilir Lluka & Jonida Prifti: RES Ilir Lluka: Electronics, Sound-Design, Programming Jonida Prifti: Poetry, Voice [additional verses/voice fragment by Ilir Lluka on “d”] Mastered by Mardit B. Lleshi at Projekti Studio, Tirana. Cover Art: Simone Tso Photos: Dino Ignani, Ilir Lluka - Jonida Prifti is an Albanian poet, performer and contemporary literature scholar, born in 1982 in the city of Berat. She lives in Rome, Italy from more than 10 years. Among Jonida’s publications are "Cengel" (Ogopogo 2008), the audiobook "Ajenk" (Transeuropea Edizioni, 2011), "Paesaggio 013" (Caratteri Mobili, 2013), the essay "Patrizia Vicinelli's Poetry and Action" (Onyx, 2014). In 2012 she was selected for the prize "Franco Cavallo" for a collective publication of participants in the award entitled "Poetry: A place of differences" by Alfonso Malinconico. Jonida has also participated in various festivals, including "Romapoesia", "Bolzano Poetry", "Poesiatotale", "Ammaro Love" etc. She formed the poetronic duo "Acchiappashpirt" with the musician Stefano Di Trapani, performing throughout Italy and Europe. In 2012 they released a CD on ozky e-sound label. The duo were guests at the last edition of "Colour Out Of Space" and "Anarchy Secret Garden" in the UK. http://jonidaprifti.tumblr.com/ https://soundcloud.com/jona-66/ https://www.linkedin.com/in/jonidap/

-Ilir Lluka is an Albanian writter/sound-artist. While his academic life lies outside literature and arts (he’s majored in political sciences and international relations), he began his artistic background with poetry from the age of 11 until recent years, time when he began experimenting with abstract electronic music. His soundworks are based on real-life psychological perceptions combining electronic sounds with synthesized field-recordings, and have been presented in art galleries in Tirana and other artistic spaces for installations, for solo sound-art performances (including one at the National History Museum of Albania on March 2014), and for a short film commissioned by the Albanian Academy of Arts (November-December 2013). Ilir was guest of the 2013 edition of “To Be Continued…” an international radioweb event for contemporary music hosted by Stazione Di Topolo (Italy) along names like Pauline Oliveros, Felicia Atkinson, Alessandra Celletti, etc. His EP “Looking At My Hands” was published on May 2014 by Manyfeetunder label (Italy). On April 15 Irregular Crates label (UK) released “Omnimous: Always Not There”, a collaborative release between several sound artists from Europe including Ilir and the label. http://ilirlluka.bandcamp.com/ https://soundcloud.com/ilir-lluka/ 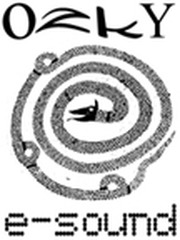